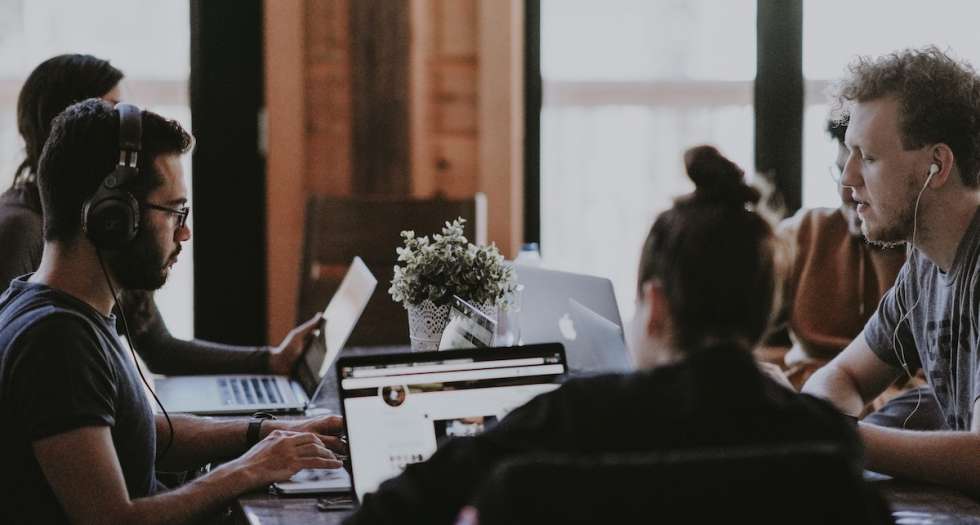 Bringing an idea to life costs money. Unless you’re a multinational with deep pockets, you’ll want to build a digital product as quickly as possible. After all, as the adage goes, time is money.

But we don’t mean just rushing through the whole process. You’ll have to work through some iterations slowly, but ultimately, you’ll get there much faster with little to no technical debt.

But before we go any further, we’d like to introduce a framework for building applications the iterative way. It’s important to note that you might repeat some of the stages several times. Sometimes, you might even have to take a step or two backward.

The five stages of SDLC are as follows:

The initial PoC is sometimes hard to understand. This is because it’s often a simple sketch or a basic representation of an idea. What’s vital at this juncture is to test this idea within the shortest amount of time.

This PoC might not be your last. You might even create several PoCs across disciplines and with different technologies. It all depends, and there’s no fool-proof way to go about it. You just work within this structure, go through the stages, and keep working until you get it right.

Your MVP is essentially the first version of the product that’s ready to go live on a small scale. But most of the time, it’s not. This is because there’s an opportunity to “cheat” and fake some functionality just to test your idea. This approach helps validate your risk assumptions.

Software development teams can test the concept at a fraction of the cost of testing a correctly coded and complete application. It provides an opportunity to test user experiences and adapt your product accordingly.

The alpha stage is like the next level of an MVP, where the digital product is ripe for extensive testing. In this scenario, you have to define the feature set that’s ready for launch.

Start with a small group of users. As it’s far from ready for a public release, start testing with a small number of users (often less than ten). This is because your product is probably unstable, and it’s best to keep it within a trusted inner circle.

However, it’s crucial that the product is tested by an active group of users willing to test and provide feedback quickly.

You’re ready to eliminate bugs at the beta stage and clean up the code. It’s time to stop adding new features and prepare the product for launch.

At this juncture, you can invite the public to test the product, but only with a strong caveat that it isn’t release-ready (just yet). It’s critical to tread carefully here, as some users might find beta products extremely frustrating. The best approach here is to start small with an “invite-only” group of users.

When you take an invite-only approach to testing, you can clearly warn users that the product is far from ready. You can tell them to proceed at their own risk. Collect information about your small pool of users and deploy a simple feedback mechanism. This feedback is vital to polish your product and make final tweaks before a major public release.

Stage five is what you’ve been waiting for. Your product is now ready for the world. It might not have all the features you wanted, but it sets the foundation for further development.

What’s vital here is to ensure that your software product solves a specific problem for the end-user. It’s also essential to ensure that it’s released with little to no technical debt (that can impact user experiences). It’ll be quite a challenge to eliminate all the bugs in the system but do your best to ensure stability.

While this may seem like the end of the whole development process, it isn’t. You’ll have to evolve with the needs of the target audience. You might also have more features you want to incorporate in future updates.

This experience would have exposed you to the chaos and intricacies that go into bringing an idea to life. It’s essential to never stop questioning, never stop testing, and refining your product.

How to Use a Dedicated Team to Launch Your Product

For both startups and established enterprises, an extended or dedicated team model is a cost-effective approach to go from PoC to Beta. If you don’t have founders with extensive technical skills or lack appropriate funding to bring your product to life, a dedicated development team helps fill the skills gap cost-effectively.

For example, if you nearshore your development project to countries like Ukraine, you’ll get immediate access to top tech talent at a highly discounted rate. This is because the country’s robust education infrastructure consistently produces STEM graduates. As the cost of living is much lower in Ukraine (compared to the United Kingdom), application development costs are also lower.

TeeVid is an American start-up providing end-to-end solutions for hybrid and virtual web events, which are extremely popular these days. They sell their disruptive A/V solutions in China, the US, and Europe. They’ve already had two rounds of fundraising, and are planning to start a new one very soon.

As with any tech-oriented startup, Teevid’s key challenge was finding, maintaining, and training the right software developers to build the product, while keeping turnover rates very low.

To solve their team staffing issues and accelerate time to hire highly-qualified software engineering talent, Teevid established a long-term partnership with Evolve thanks to our nearshore R&D capabilities.

As such, we allocated some developers in Ukraine according to the client’s needs. Teevid CTO interviewed each of them meticulously after the initial screening.

As a tech partner, we handle the initial screening and recruitment phase for Teevid, as well as the administrative bureaucracy of paying salaries and taking care of the client’s office space and equipment in Ukraine.

This dedicated team costs Teevid between $50,000 and $60,000 per month, which is more than twice cheaper than running the same team in the USA.

“We’ve received very high-quality developers from Evolve, which has helped us get through many challenges. The most important KPI is that we have customers buying our product. We designed it, Evolve developers executed it, and we’re selling it today,” says Avi Nathan, Founder of Teevid. “We’re happy with what we have with Evolve IT Consulting, in terms of timely delivery and quality of code. They’re very experienced in terms of R&D.”

As you can see from the above, dedicated teams help start-ups and established businesses accelerate time to market while accessing significant savings. 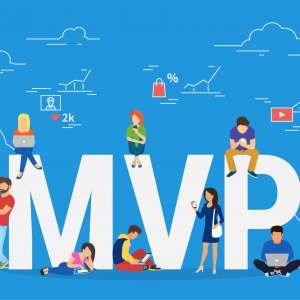